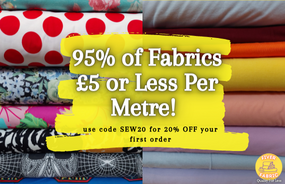 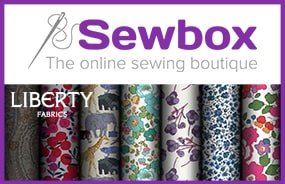 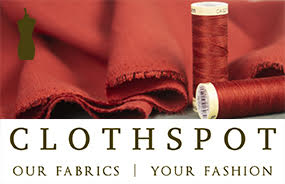 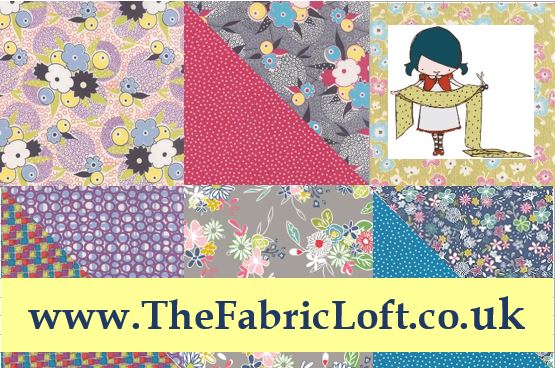 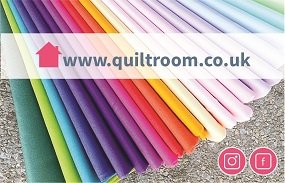 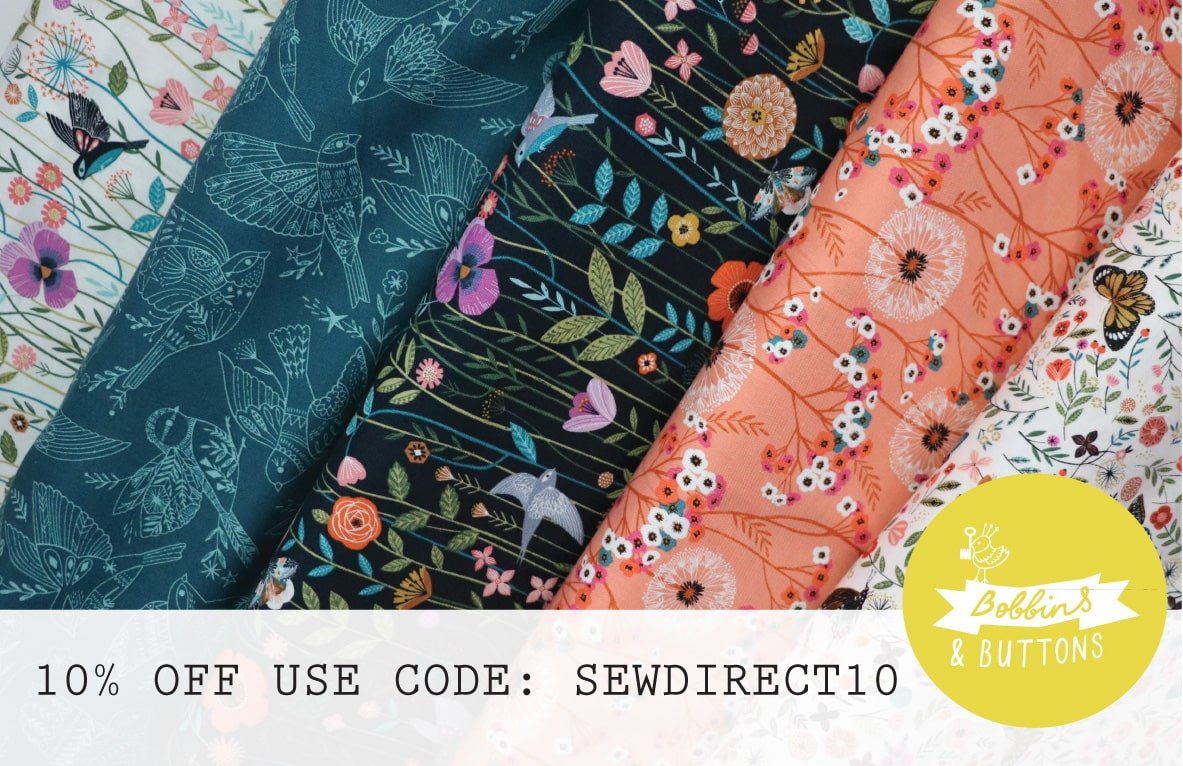 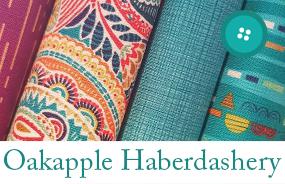 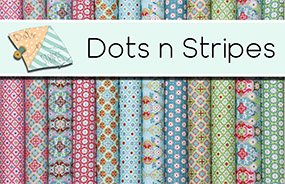 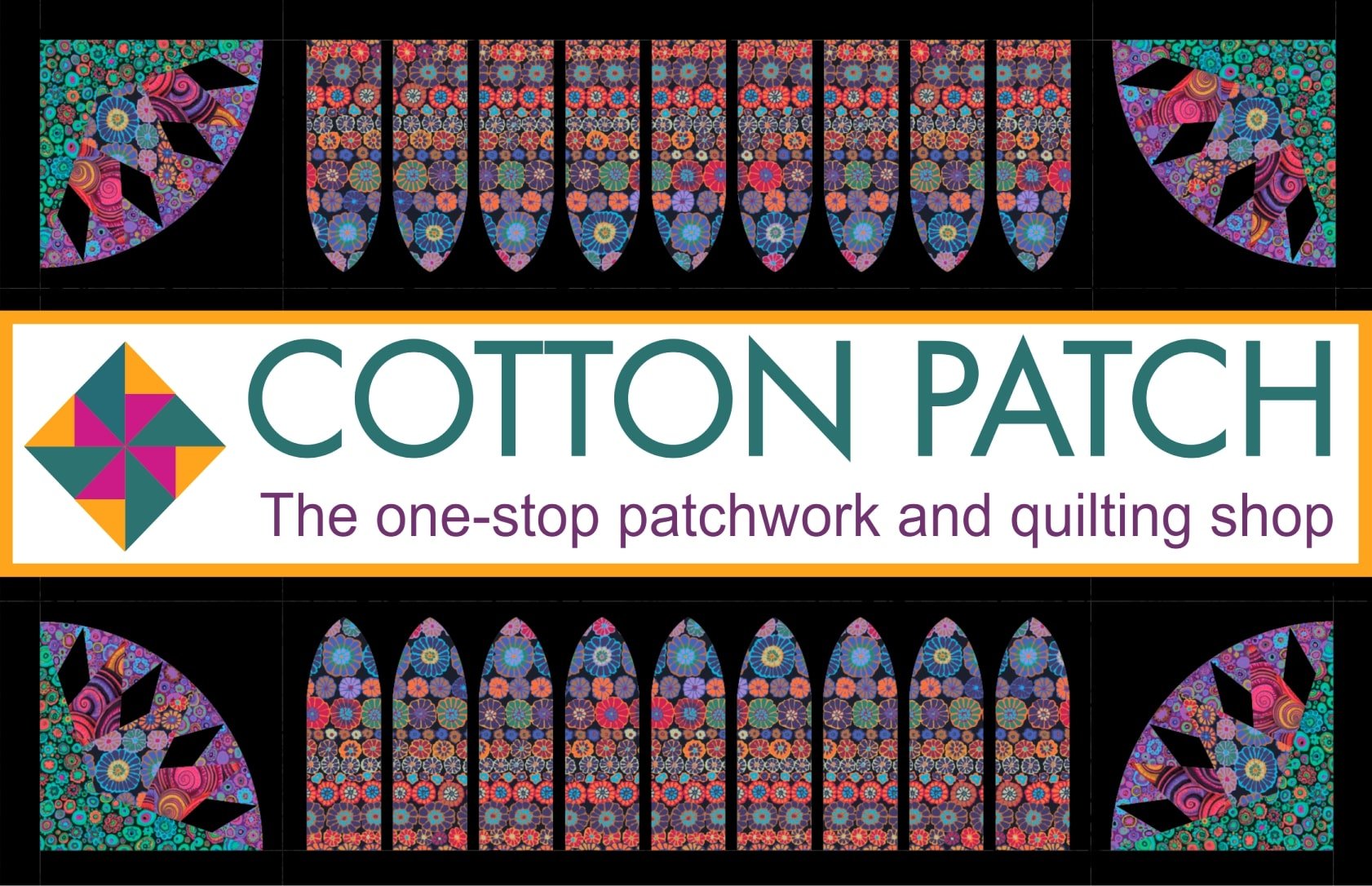 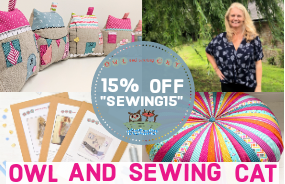 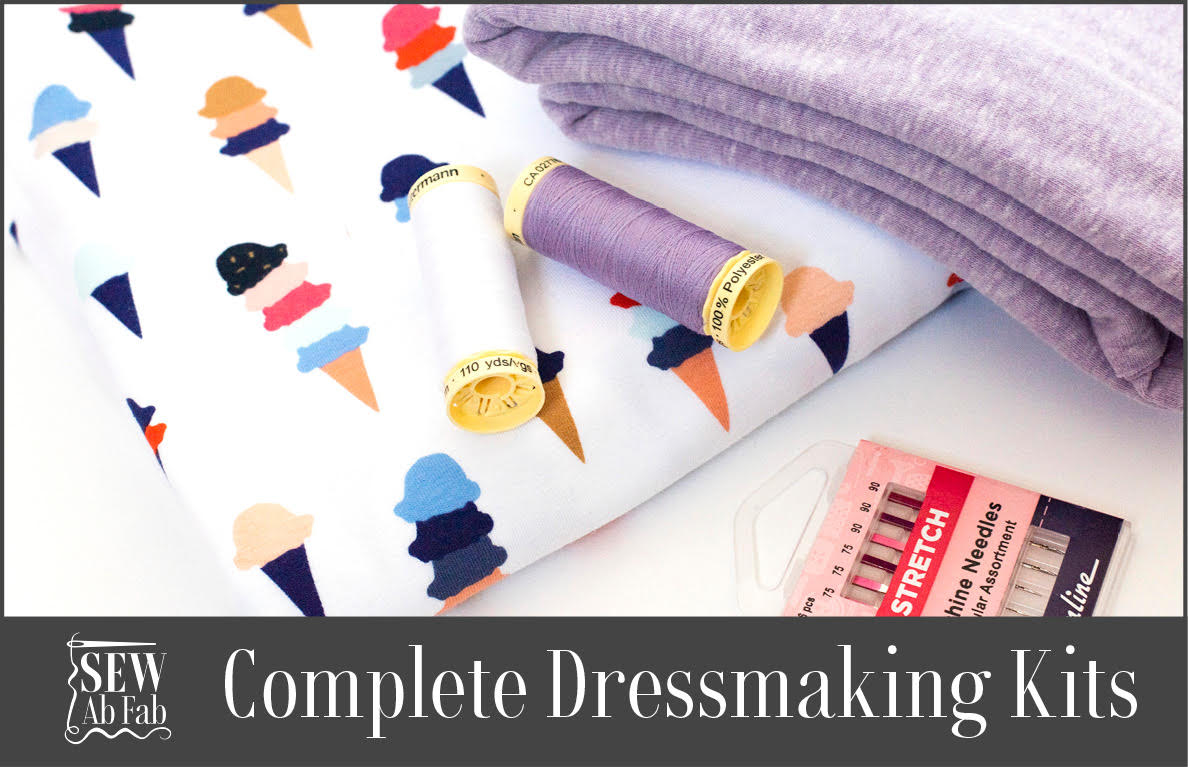 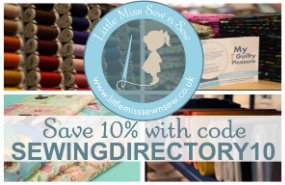 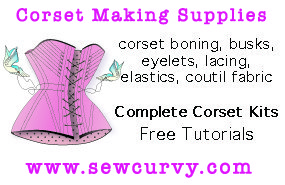 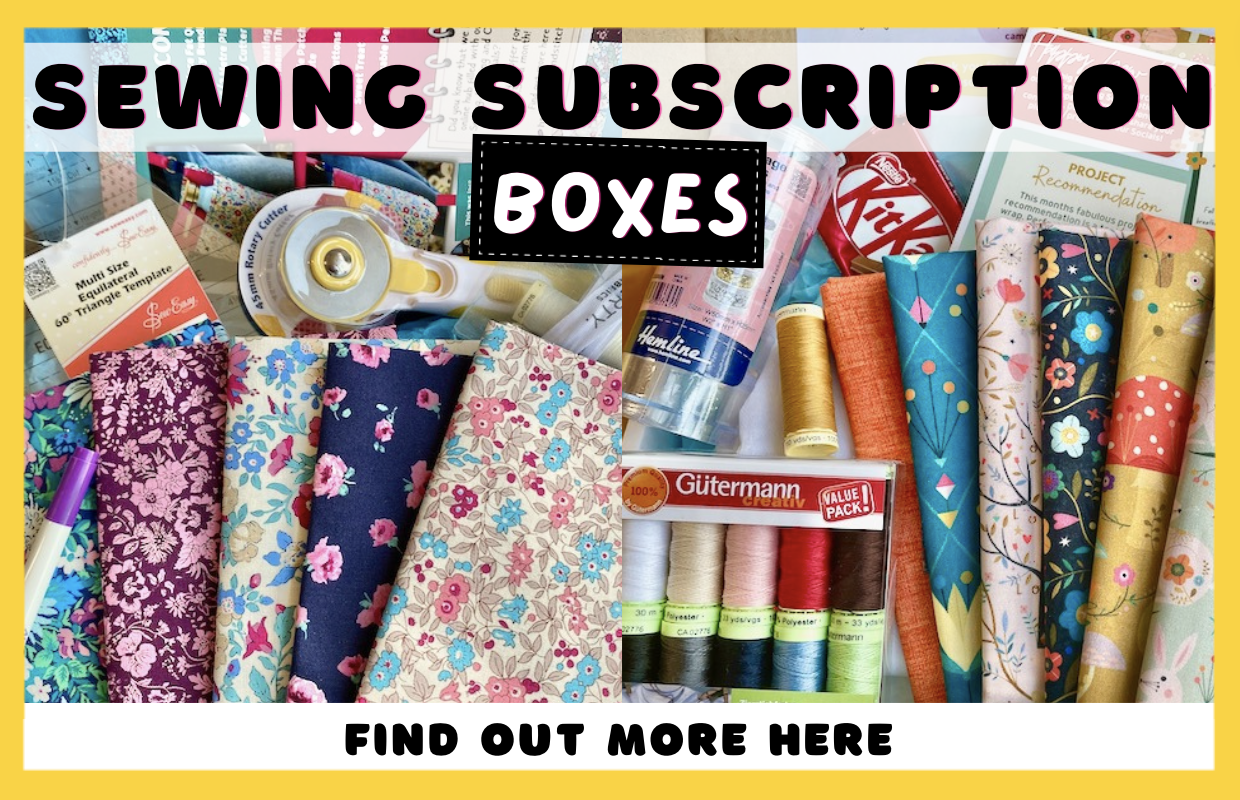 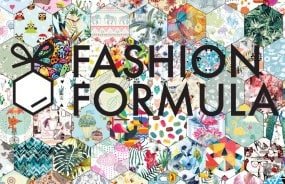 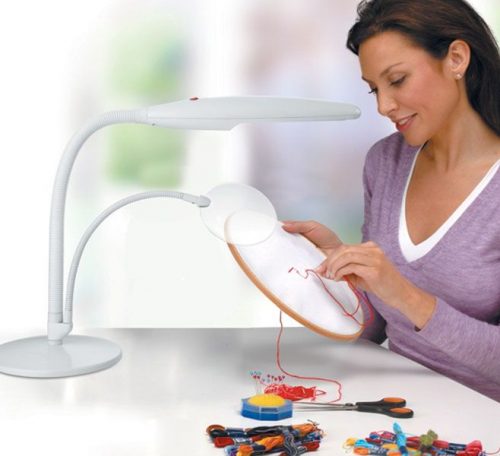 A couple of months ago The Daylight Company approached me to say they were celebrating their 25th anniversary and wanted to celebrate with a series of giveaways.   Luckily one of those giveaways was on The Sewing Directory.  They also asked if I wanted to try one of their lamps so I could tell you all about them.

I have to admit I was spoiled for choice looking through their site, they have large floor lamps, table lamps and even little clip on lamps.  I already use their small clip on LED lamp which I clip onto the bed head when reading in bed.  For the purposes of this review I chose the swan table lamp to put next to my sewing machine whilst I sew. 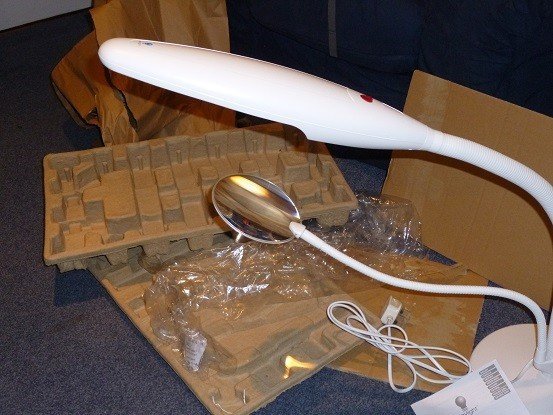 When the lamp arrived it was incredibly well packaged, there’s no way any of their lamps will be getting damaged in transit!  The lamp comes in a few pieces but was easily assembled.  The base is quite large and heavy, meaning you wouldn’t knock it over by accident.  Both the neck of the lamp and the magnifier are easy to bend and move around so you can angle the light exactly where you want it. 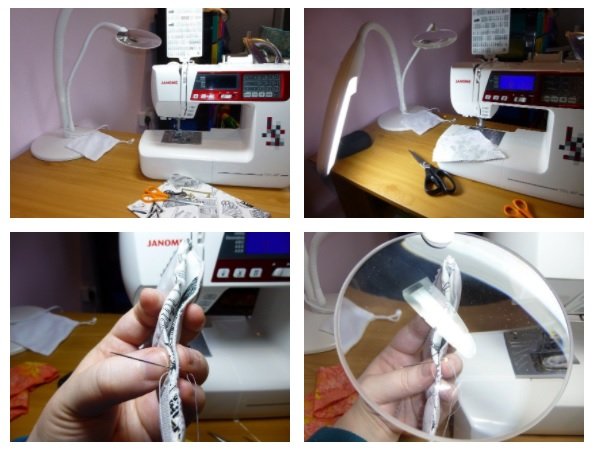 Being able to angle the lamp is so useful, I can shine it at thethroat of sewing machine so I can see what I’m sewing much better.  If I am hand stitching or embroidering I can shine it at my hands and you can easily pull the magnifying lense over when doing something small and fiddly.  It really lights up my whole workspace.

I have to admit I didn’t think I needed a daylight lamp before I got one but now I wouldn’t want to sew without it.  I accidentally found out that it comes in particularly useful when you have a thread jam (maybe I should pretend I did it on purpose to help test the lamp!).  When this happens you need to switch your sewing machine off at the power whilst you take the throat plate off which means you cannot use the light on the sewing machine.  This lamp made it very simple to see what I was doing…and also highlighted every bit of dust which made me realise the machine was overdue a clean!  It makes everything brighter, clearer and much more visible. 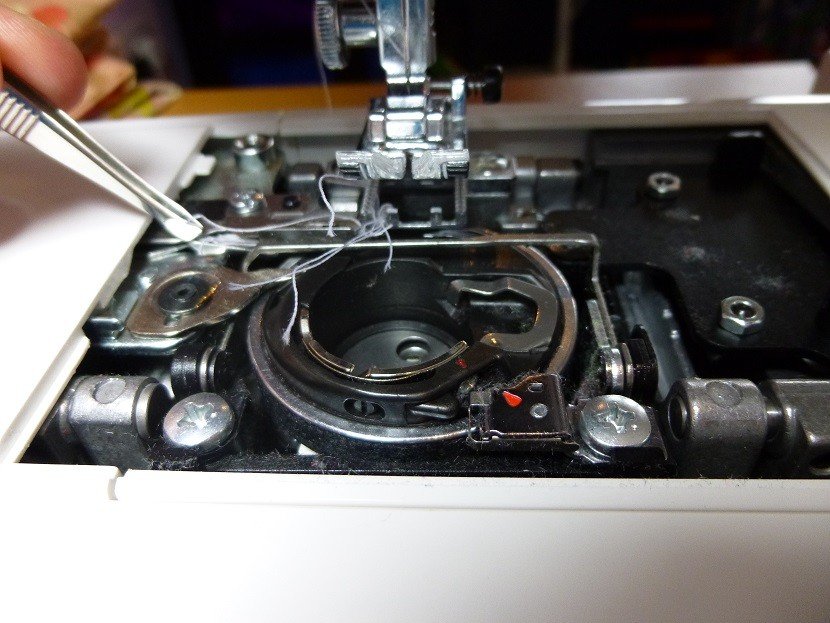 One thing I wanted to test was whether the lamp helps me take good pictures, and whether they are in fact as good as taking a photo in natural daylight.  The two pictures below are of the same fabrics , one taken inside using the Daylight lamp and one taken outside on a very hot very sunny day during the recent heatwave. 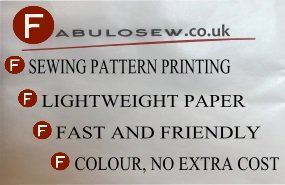 Although the one taken outside is a little brighter I was happy with the one taken using the Daylight lamp too.  It was a particularly sunny day when I took the outside picture. Most the time it’s pretty overcast and I imagine both pictures would be the same, or the outside one would be darker.   They do also have studio lamps specifically designed for photo shoots.

My phone didn’t seem to like the light, it made the image look very dark on my phone screen and I was worried it would come out dark.  But when I actually took the photo it came out fine and looked as bright as a photo taken on the camera.

I also did wonder when having the lamp on for several hours whether it would overheat or get too hot to touch.  Having once burnt my arm quite badly by brushing it against the top of a lamp which had been on for a while I am always wary of that.  I found that although the top of the lamp did get warm it did not get hot enough to burn you if you touched it.  So if you love to sew for hours on end you do not need to worry about it overheating. 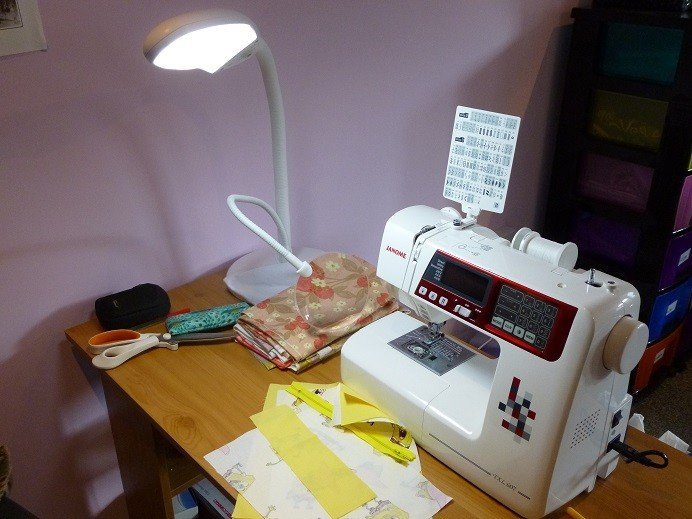 I now use the lamp every time I sew and would recommend it to anyone who could do with a little extra lighting in their workspace.    If I had known what a difference it would make I would have bought one a long time ago, it feels dark and dingy without it on now.   I’ve taken to bringing my magazines into the sewing room and reading them using the lamp too.  Think I will have to get saving so I can buy one for the living room and a bigger one for the bedroom.

When you are doing close up work like stitching, embroidering etc having extra light helps to reduce eye strain and allows you to work for longer.  There’s a handy chart below that tells you about the benefits of using Daylight lamps.  If you want to find out more do visit: http://uk.daylightcompany.com 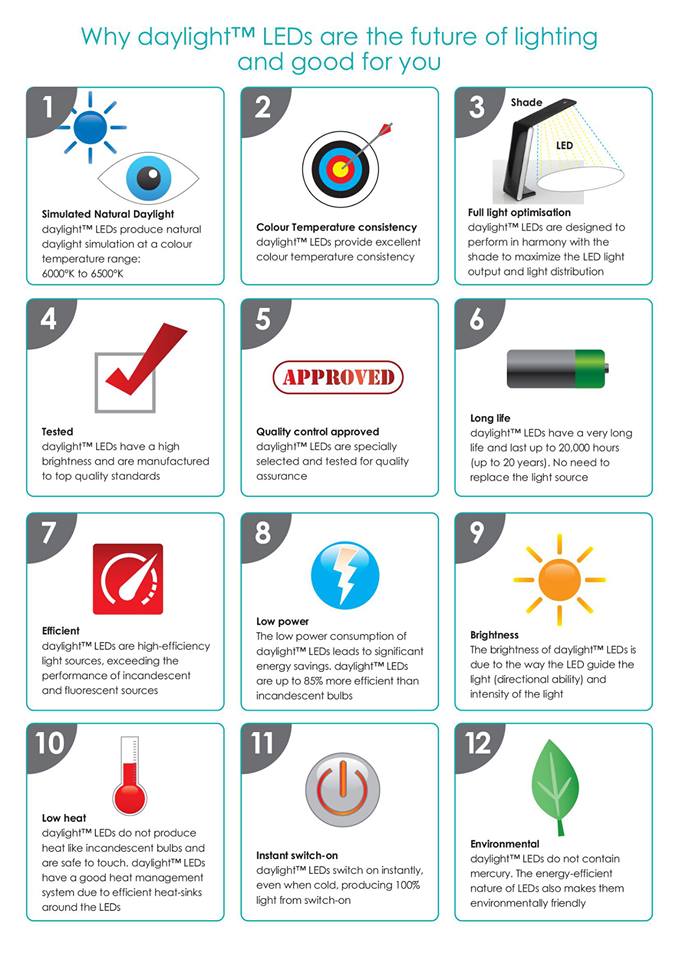 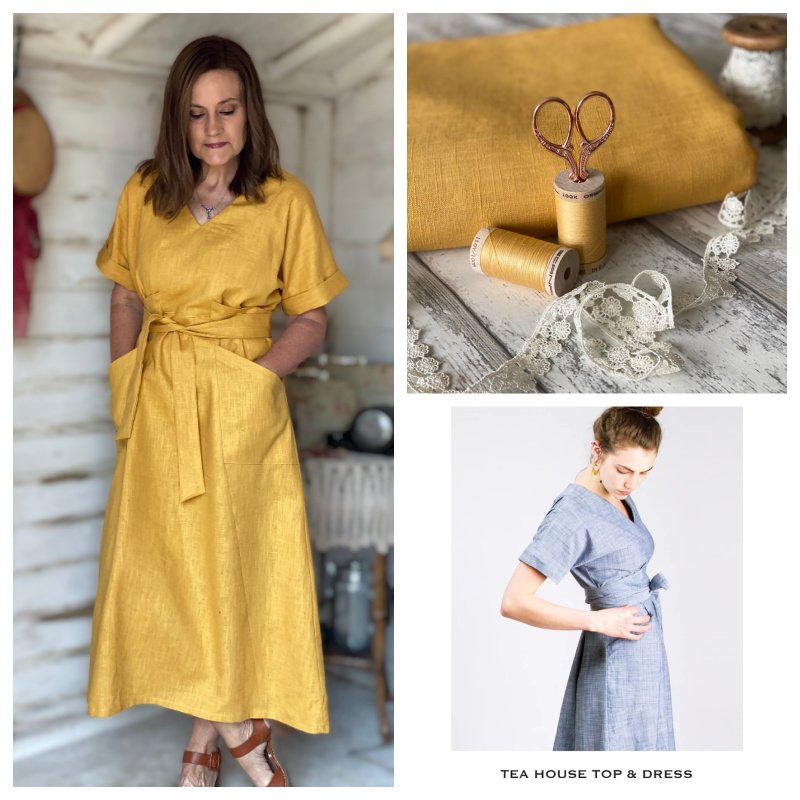 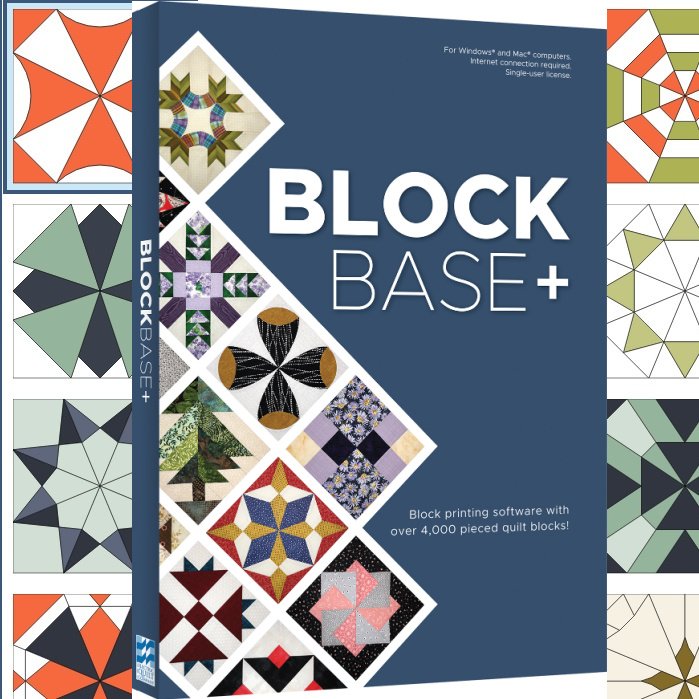 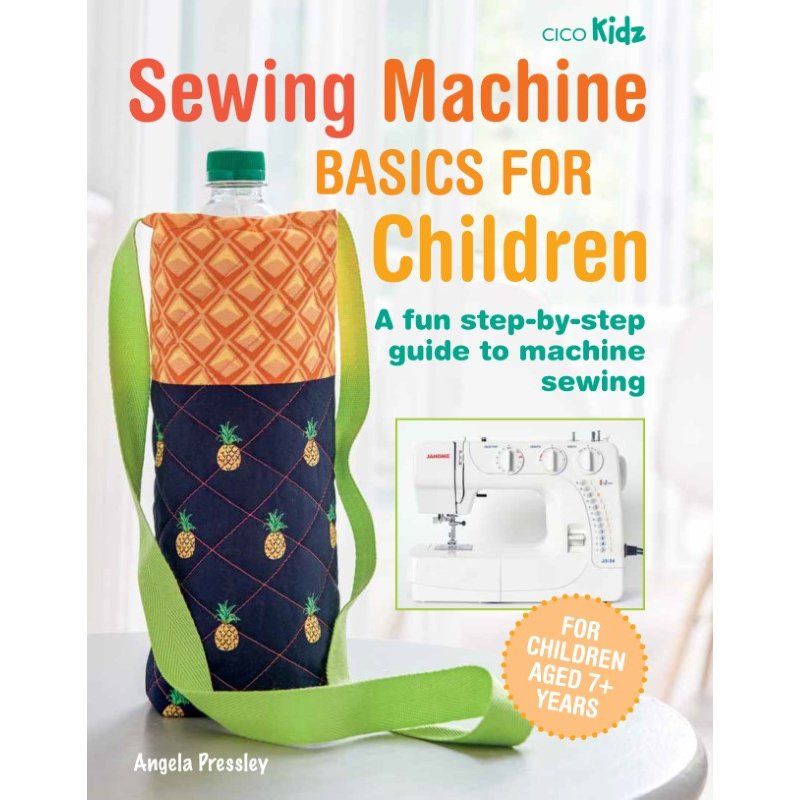